The nonprofit LoveyLoaves Special Needs Rescue and Sanctuary is devoted to rescuing and rehabilitating dogs in need. They assist strays and abused dogs with special needs. One of these dogs is Noelle.

Two-week-old Noelle, a Chihuahua, was born with two legs. Her mother was a rescue dog who resided at a rescue group’s facility.

When Noelle’s mother stopped nursing her, the animal shelter asked their volunteer named Cheri if she would be willing to foster the puppy. Cheri graciously accepted and brought the dog home a day before Christmas Eve.

Noelle’s means of moving around was to push herself using her feet. But it seemed to be too difficult for her that she did not move too much. But for Cheri, her main concern was to keep Noelle warm and fed. She would regularly feed her through a bottle.

Cheri has known since day one that Noelle needed a wheelchair. Generally, the sooner a puppy with special needs receives assistance, the better it would be for the animal since it would become second nature to them.

Noelle went through a brief spell where she did poorly. She had difficulty breathing and required the assistance of a nebulizer. Cheri became anxious, but she never lost confidence in the dog. Soon, the dog got better.

Cheri arranged for Noelle to have a wheelchair fitting. When she did, Noelle just sat there, unsure of what to do. Soon, she gradually mastered how to run and play with her wheelchair.

As soon as Noelle became accustomed to her wheelchair, it was evident that she became more confident and playful. She began spending her entire day playing with other dogs at the animal shelter.

Cheri had no intention of developing feelings for Noelle, but soon, she realized something. After observing the change in the dog, she knew that Noelle was hers and hers alone. She just had to adopt her. 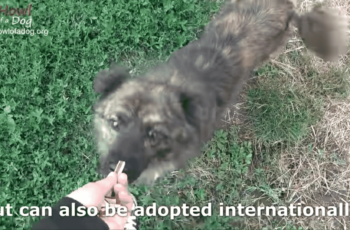 Leo was an abandoned little dog that was found living … 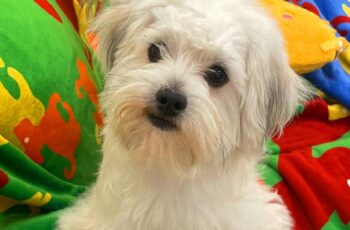