Home
Dog Stories
A Mastiff That Weighs 155 Pounds And A Chihuahua That Weighs Only Five Pounds Are BFFs, Proving To The World That Weight And Size Does Not Matter When It Comes To Friendships

Tara is a dog lover who has been looking for a dog to adopt. She had no idea that she would soon be getting two dogs who would change her life for the better.

The local animal shelter rescued the dog named Huey, who was then fostered by Tara’s neighbors. Tara quickly fell in love with Huey when she first saw him and offered to care for him upon learning about his past.

Tara and her girlfriend submitted an adoption application for Huey shortly thereafter. The mutual appreciation for the dog’s affection led them to conclude that they had made the correct choice.

Huey loved his new home and both of his mommies. He was also showered with so many toys and so much attention. However, Tara always felt something was missing in Huey’s life.

Bella, a 5-pound Chihuahua eligible for adoption, was discovered by Tara and her partner as they were surfing social media one day. Tara was instantly in love with Bella’s images and knew that she would be the perfect fit for Huey.

A woman visited the couple’s house to determine whether they could care for another dog after they submitted an application to adopt Bella. Fortunately, the woman believed that the couple’s home was one that Bella would appreciate.

The adoption process took a few days, but Tara and her girlfriend were pleased with the outcome. They were eager to witness Huey’s reaction upon Bella’s arrival in their home.

Despite their considerable differences, Huey and Bella became close friends. Bella snuggled up next to her big brother on her first day in her new home.

Huey and Bella’s friendship became stronger over time. The day began with them doing everything with their mums and concluded with them cuddling on the couch. Tara and her girlfriend were ecstatic to finally complete their family and bring happiness to their two pets. 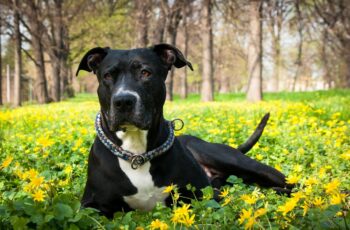 Most stray dogs that get rescued are terrified and have … 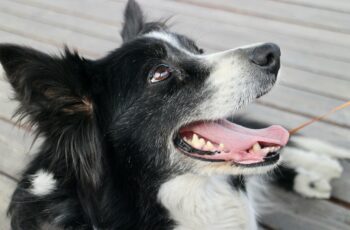 We see our pet dogs as part of our family, …